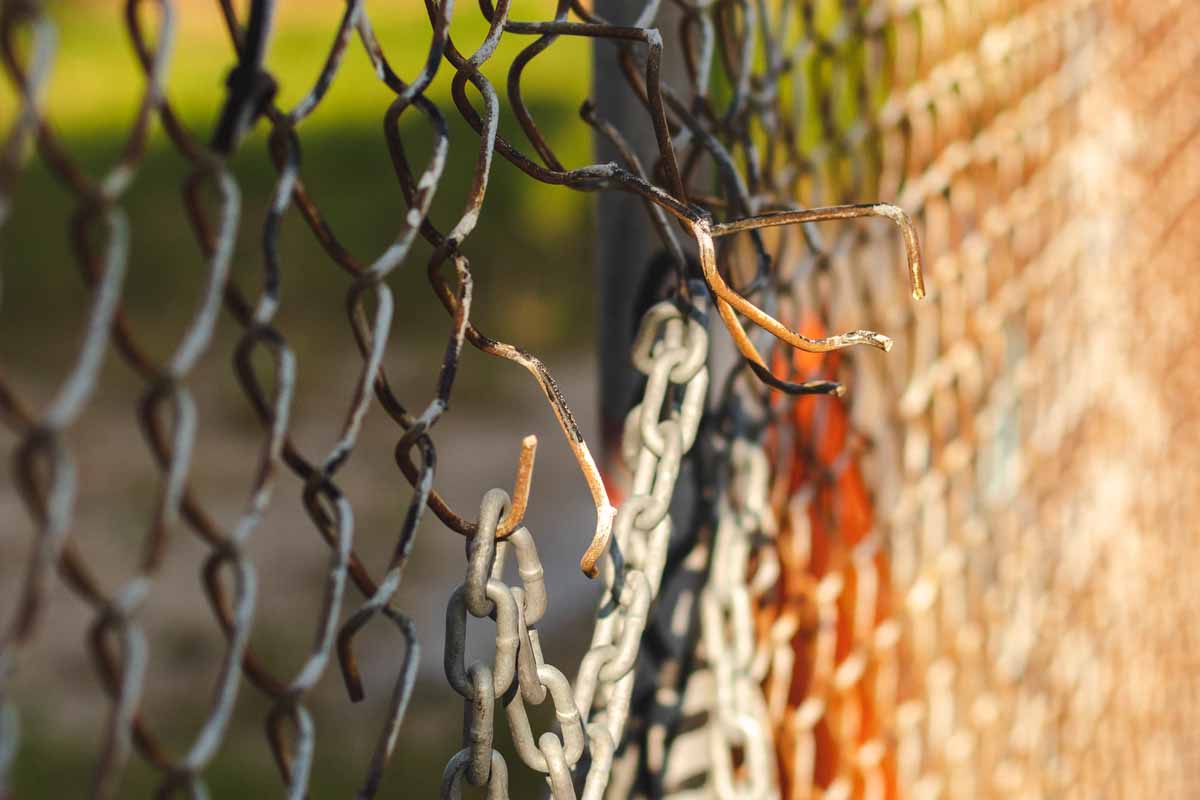 Chainlink is an innovative solution designed to solve some of the weaknesses in popular blockchain technologies. Its emergence has led to an uptick in the adoption of smart contracts and improved interactions between the decentralized financial system and the blockchain network. Will it fail or succeed in the future?

Chainlink is unlikely to fail in the future due to the several advantages it holds over other blockchain technologies. Increased adoption of the technology and more investments into its LINK token will keep it relevant. However, the slower pace of investments can be regarded as a negative.

In this article, you’ll learn everything you need to know about why Chainlink is unlikely to fail. You’ll also learn about possible threats to its success to keep in mind.

Why Chainlink Is Unlikely To Fail

There are few reasons why the Chainlink network is unlikely to fail. They include the following:

Chainlink Is a Strong Product at Its Core

As we’ve seen above, Chainlink’s oracle network ensures a bridge between off-chain data sources and blockchains. The platform is designed to work with all kinds of blockchains, ensuring a limitless integration potential.

As the trailblazer in the decentralized oracle network world, Chainlink is the preferred option for organizations seeking partnerships in the niche. Organizations like Oracle, Polkadot, Binance, and SWIFT have since come on board. It’s in a position to benefit from more adoption and continued growth of the wider crypto industry.

The use of oracle operators means that Chainlink is one of the most transparent networks in the crypto space. It has simplified the use of information gathered from outside its blockchain on its blockchain. The oracle function accurately validates all bits of information, making Chainlink a decentralized network delivering authentic information.

Chainlink has a four-way security protocol designed to keep all data on the network safe. The protocol includes the following:

The validation system monitors all the nodes on the Chainlink network. Nodes within the system are rated based on their correctness and availability. So, a node that goes offline (for any reason) will have a lower rating than one that’s online most of the time.

To ensure correctness, the network compares node responses across the same assignment group.

Chainlink’s reputation system keeps track of the total completed, assigned, and accepted requests on a node and the average time it took it to respond. It also tracks the number of penalty payments.

During tracking, the system measures both fulfilled and unfulfilled assignments. Assignment execution won’t affect the tracking.

The certification leg of the protocol helps prevent the possibility of nodes cheating with answers provided. The service focuses on attacks such as Sybil and mirroring. In a Sybil attack, an attacker attempts to take over multiple nodes in the Chainlink network to falsify answers and compromise smart contracts.

Chainlink’s introduction of smart contracts has proven useful in tackling fraud in the blockchain industry. The improvements in dealing with fraud have led to increased investor confidence in the cryptocurrency space. It has made the blockchain more secure, and the probability of fraud is at an all-time low overall.

There are a few reasons why Chainlink investors may be worried about the safety of their investments or the viability of the Chainlink platform over the long term.

They include the following:

Slow Uptake of the Technology

60% of Chainlink’s LINK coin/token (more on it below) remains in the parent company’s control. Compare this to Bitcoin, where more than 90% of the mined coin is in the hands of individuals, and it’s easy to see why investors may be worried.

Since LINK has already reached 42% of its cap, many people expected faster uptake of the technology and increased buy-ins into the coin pool.

For all the benefits of Chainlink’s oracle network, it is still quite limited at around 260 oracles. The number shows that the platform needs a lot more decentralization before it can scale beyond current limits. Some analysts are worried about the possibility of the network expanding fast enough.

As you’ve seen earlier, Chainlink is based on Ethereum. Any large-scale problems with Ethereum will most likely affect it. Similarly, with Ethereum’s shadow looming large over the technology, some investors may elect to invest directly into the Ethereum network instead of on Chainlink.

If the adoption of cryptocurrency worldwide continues at the current pace, projects like Chainlink may remain in the doldrums for a long time—if not permanently. Granted, this is not a problem that concerns Chainlink alone, but if other great cryptocurrency projects fail, Chainlink might follow.

Chainlink is a decentralized oracle network focusing on simplifying the implementation of blockchain technologies in the real world. The network provides input on a wide range of external sources of data.

Blockchain does a great job of acting as a secure and decentralized ledger for digital transactions. However, it falls short when taking inputs for events and data points outside of the blockchain. Chainlink solves this problem as a decentralized oracle by providing input to smart contracts.

The system can respond to a wide range of “If A, do B” inputs with these smart contracts. Bitcoin and its blockchain can only handle a small range of such inputs. Newer blockchains such as Ethereum and those based on it like Chainlink have a wider range. They can also accept programmable smart contracts.

The Chainlink technology first entered the markets in 2014. It was first known as SmartContract.com but was shortly changed to Chainlink to better reflect the project’s whitepaper.

Chainlink’s ICO in 2017 was one of the largest at the time. The platform raised $32 million in the crowdfunding event. With the funding, Chainlink was able to continue enhancing its security and reliability.

In 2019, the network made another giant stride by going into partnership with Google. The goal of the partnership is to help Google put BigQuery data on the blockchain with the help of the Chainlink oracle smart contract.

Today, Chainlink has since become one of the solutions bridging the widening divide between public blockchains and external data sources.

Chainlink relies on decentralized node networks as its primary sources of data. This allows it to deliver smart contracts integrated on-chain with the right data packets through the oracle network. The system relies on several oracles to ensure high efficiency.

So, when a request is made to pull off-chain data via the system, the on-chain element conveys the request as a smart contract to Chainlink’s oracle network. There it is converted to a blockchain contract before it is linked up with a suitable oracle solution.

All of these parts function independently of the other.

Chainlink’s off-chain architecture is made up of oracle nodes connected to Ethereum’s network. The nodes gather responses to any external request, which it sends to an oracle provider on the blockchain.

The responses collected by the nodes undergo multiple consensuses before they are converted into a single, smart contract. Non –blockchain nodes that play a role in the data transmission process earn LINK as compensation.

Like all other major cryptocurrency projects, Chainlink has a native token known as LINK. The token is important to the growth of the project because it is the main mode of finance. Investors buy the token to help support the Chainlink project. Users are incentivized to mine with the prospects of earning LINK.

Should You Buy LINK?

You should only buy Chainlink as a way to support the technology instead of a for-profit investment. The value of LINK remains very volatile. There’s considerable potential for profits, but the huge swings in the value make it unattractive for investors looking for stability.

As the cryptocurrency world continues to evolve, Chainlink will remain an important technology. However, long-term viability and stability remain up for debate. You can buy LINK with a long-term view if you believe it will become the most popular decentralized oracle network in the future.

Where To Buy LINK

You can buy LINK on popular exchanges around the world. Binance is the most popular and the largest of the lot. However, it’s only good for people in Singapore, Canada, Australia, and the UK. If you’re a US resident, it’s best to choose Coinbase as your exchange. You can also invest via an IRA with iTrust Capital.

How To Keep Your LINK Secure

If you intend to trade your LINK regularly or only plan to hold a small amount, you can leave it in your wallet on any of the exchanges mentioned above. You’ll need to activate two-factor authentication, in addition to using a strong password for your LINK to be safe on an exchange wallet.

However, even with such an arrangement, your LINK is still not completely safe. You should consider using a reliable mobile decentralized app (DApp) like JAXX. Even better, you can use a hardware wallet to keep your long-term LINK purchase safe. With a hardware wallet, your token will become unreachable by online hackers.

Can You Day Trade LINK Token?

You can trade the LINK token on exchanges that list the LINK/UDST pair, such as Binance. The pair has a decent level of trading volume, and the volatility swings provide traders with an opportunity for profits.

Some platforms also offer LINK/USDT futures with leverages of up to 50:1. Actively trading LINK offers a good opportunity to make money on the technology in the short term. However, such trading doesn’t do a lot to help grow the project apart from making it more popular.

Additionally, you need to have the requisite knowledge to avoid losing money as a LINK daytrader.

If you don’t have any trading skills, buying and HODLing LINK is the best way to profit from the Chainlink project—assuming it goes on to fulfill its potential. It’s also the best way to support the growth of the project.

The crypto space is filled with many projects that have little or no substance beyond the buzzwords-filled white papers. However, Chainlink has demonstrated within its short existence that it holds a lot of promise. Its technology is a vital resource for the wider crypto market because it expands the functionality of the blockchains.

The Chainlink technology also gives developers a new level of flexibility. For these reasons, it’s hard to see Chainlink failing in the future. However, there’s always an element of uncertainty you can’t ignore in the highly volatile crypto environment.