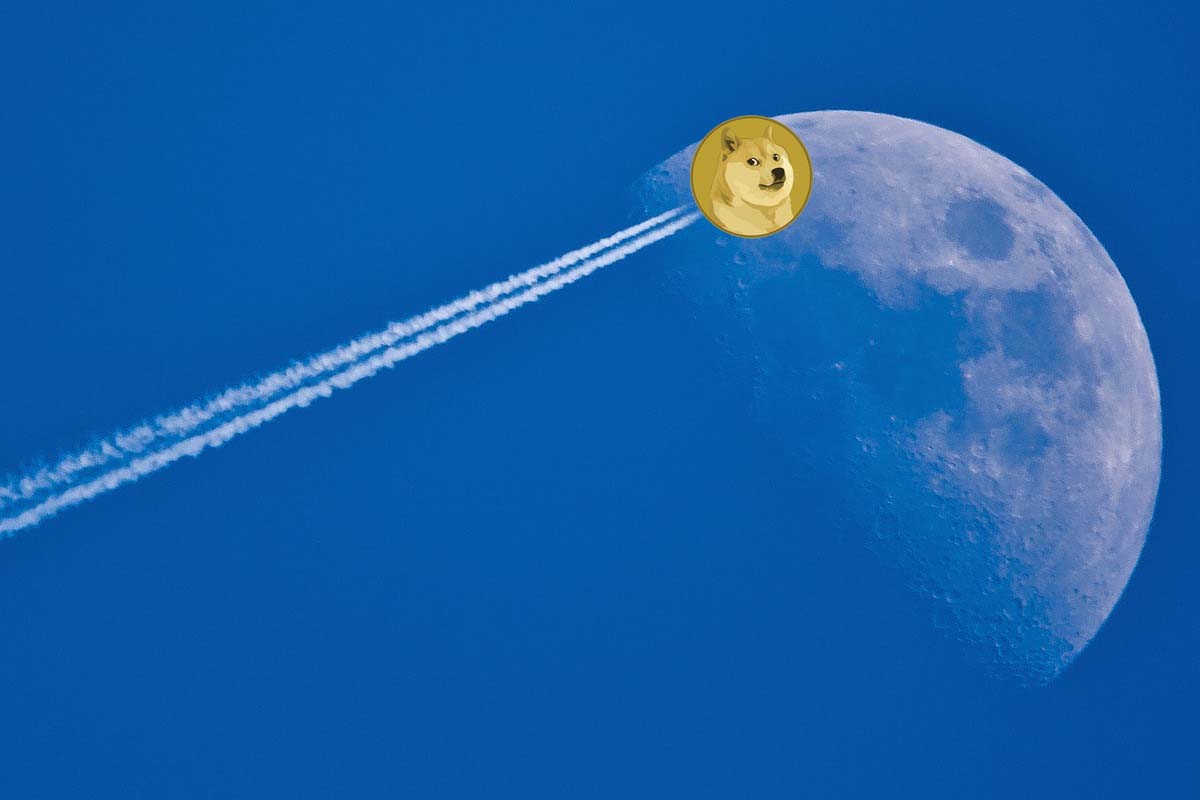 Dogecoin burst onto the mainstream between January and May 2021. Thousands of people jumped on the meme coin’s bandwagon as its price appreciated by almost 7,000% that time. As expected, many concerns started to arise about the intricacies of the coin’s workings, especially regarding the lack of a cap.

Dogecoin doesn’t have a cap because the developers want to discourage hoarding and ensure miners continue to get rewarded for their efforts as the coin’s user base grows. The combination of both factors ensures a secure network, low transaction fees, and a coin with legal tender potential.

The rest of this article will cover all you need to know about Dogecoin’s cap. Will there be a limit in the future? Find out later.

Popular cryptocurrencies like Bitcoin (BTC) and Binance Coin (BNB) all come with a cap (21 million and 170 million coins, respectively). On the other hand, Dogecoin doesn’t have a cap. Currently, 10,000 coins are added to the blockchain every minute, amounting to around 5 billion coins added per year.

A no-cap policy was an intentional plan by the coin’s developers to address some of the core flaws of the premier cryptocurrency, Bitcoin.

Launched in 2009 against the backdrop of the financial crisis, Bitcoin was supposed to be a decentralized financial system outside government controls and big banks. The main aim was to create a deflationary legal tender that would free the populace from fiat.

Thus, the Bitcoin creators put a maximum supply of 21 million coins (miners have already mined 18.5 million of those). It made sense at the time as the USD and other fiat currencies are inflationary. Governments keep printing money to bail themselves out all around the globe.

So, a deflationary coin seemed like a good idea—until it wasn’t.

In the paragraphs that follow, I’ll discuss why the no-cap policy is important to Dogecoin in greater detail.

After Bitcoin gained some traction, it became clear that it would bring more value to people who buy and hoard it. It’s similar to the situation with gems like diamonds. Diamonds are costly today because we now believe they’re highly valuable. That wasn’t the case before 1938. The diamond market’s marketing campaigns and manipulation led to artificial scarcity, hence the value placed on the rocks.

In the same vein, Bitcoin’s limited supply gradually led people to think of it as the digital equivalent of diamonds or gold. So, people buy it to hoard and wait for the price to go up to resell at a profit. The coin that was supposed to free us from the fiat chokehold became an investment vehicle instead of currency.

So, instead of using Bitcoin to buy a car or clothes, people prefer to leave it in a wallet and wait for the price to appreciate significantly to cash in their profits.

Dogecoin’s creators Jackson Palmer and Billy Markus thus saw the hoarding problem as the first reason for operating the zero-cap policy. An inflationary currency encourages people to use it as legal tender instead of hoarding it and hoping that the price will skyrocket in the future.

It Can Replace Lost Coins

Blockchain technology is such that it’s hard to steal coins on hardware storage. Criminals only gain access to coins in online wallets after implementing elaborate hacks. However, even in hardware storage, drives can crash, or users can lose access to their devices.

Now, there’s no way to recover lost Bitcoin. Once they’re gone, they’re gone for good. Currently, around 20% of Bitcoin is lost forever. This means that more than 4 million mined Bitcoins are already out of circulation without a way to replace them.

Dogecoin’s developers saw this as a second reason for the zero-cap policy. Lost coins can simply be replaced on the blockchain in the future. The owners won’t get an instant replacement, of course, but the blockchain won’t be short a few million coins because someone forgot their password.

In the cryptocurrency blockchain world, people with powerful computers (miners) handle all cryptocurrency transactions. The miners earn money either from transaction fees or via block coin rewards for successfully computing transactional blocks.

The block rewards have fallen significantly in the Bitcoin network. After all, the available 21 million coins are mined, there won’t be more block rewards or miners. Currently, mining Bitcoin is barely profitable.

As soon as block rewards cease to exist, mining would be unprofitable unless transaction fees on the network go through the roof. In such a scenario, miners will likely move elsewhere, making transactions very difficult to complete. It’ll also leave the network vulnerable to the so-called 51% attack.

Keeping mining attractive and preventing such vulnerabilities is another reason why Dogecoin developers have adopted the no-cap policy. Miners currently get 10,000 Doge as block rewards per minute, ensuring that miners are adequately incentivized to keep the network going. The rewards are also part of why Dogecoin has some of the lowest transaction fees in the cryptocurrency space.

Some crypto enthusiasts have spoken out against the zero-cap policy. The main argument is that the inflationary approach will make it hard for Dogecoin to become valuable in the future. However, that argument comes from the place of coin hoarders hoping to make money as the currency grows in value in the future. This approach goes against the original vision of the developers.

The developers’ vision was recently reaffirmed in a post by co-developer Jackson Palmer. They don’t want to incentivize hoarding, but most importantly, they are more concerned with keeping miners well-compensated and transaction fees as low as possible.

Hoarding has become a key cog in the cryptocurrency adoption wheel. The case of Bitcoin is the perfect example, as most businesses founded as “Bitcoin-only” have since closed shop or started taking payment through other means as more people have elected to hold their coins instead of using them on a purchase.

Should You Buy Dogecoin?

You should buy Dogecoin if you’d like to use the cryptocurrency as legal tender to pay for items online or for gifting purposes.However, if you’re looking for a cryptocurrency you can hoard to gain profits, Dogecoin isn’t a great idea.

That may sound counterintuitive since I mentioned that Dogecoin moved almost 7,000% in five months at the start of this piece. However, since reaching a high of around $0.70 in May 2021, the coin has been stuck in a range between $0.18 and $0.30. The massive spike in value came at the peak of the bull run, fueled by retailers looking for the next big return.

If you want to earn such a level of returns in the future, you’ll have to hope for another such run. It’s highly unlikely at the moment, as the cryptocurrency market seems to have returned to a lull. Patient hoarders can hold the coin and hope for huge returns over the next few years.

However, that’s assuming that the cryptocurrency shakes off its designation as a meme coin propelled retailers’ emotions.

What Is the Current Dogecoin Supply?

As of August 2021, there are around 130 billion Dogecoin in the market. The coin’s Total Market Capitalization stands at $38 billion, making it the 8th most valuable cryptocurrency by Market capitalization.

It’s the top coin in terms of market supply. Stellar (XLM), Crypto.com coin (CRO), Ripple (XRP), and Cardano (ADA) make up the top 5 in that order. In contrast to these high supply coins, there are 18.5 million Bitcoin (BTC) and 117 million Ethereum (ETH) in circulation.

Some analysts have noted that Dogecoin at $1 is a respectable target. Others believe that it’s possible to see Dogecoin at $10 within the next 5 years.

However, both forecasts are very optimistic. Dogecoin missed the $1 target by 30 cents at a time when it had enough propulsion behind it. Since it has settled under 0.30 cents, it would need to move by another 200% to hit the $1 target and another 3,200% to hit $10.

Compared to the percentage point moves the coin has recorded in the past, a 200% move looks minuscule, and a 3,200% move sounds possible. However, there has to be a catalyst to force any such major price rises.

Again, a 200% price rise sends the market capitalization to above $100 billion. A 3,200% rise sends it above $10 trillion. This is an unrealistic expectation by all metrics. The premier cryptocurrency BTC only managed to crack the trillion-dollar capitalization briefly, and it’s been around for much longer and has a wider adoption.

Can Dogecoin Become Legal Tender in the Future?

Dogecoin can become legal tender in the future if more businesses adopt it as a payment method. As of August 2021, around 1,600 merchants have listed Dogecoin as a payment option.

The number of businesses that have adopted cryptocurrency needs to continue climbing before the coin can become real legal tender. For example, over 7,368 merchants have adopted Bitcoin, and it’s still nowhere near becoming legal tender.

Still, more businesses are adding Dogecoin due to its unique advantages, which include the following:

Some popular businesses that have added Dogecoin to their accepted payment methods include:

Cryptocurrencies tracking the U.S. Dollar have a higher chance of becoming legal tender in the future. Known as stable coins, the most popular options include Tether (USDT), Circle (USDC), and Binance USD (BUSD).

These cryptocurrencies mirror the USD directly, making them some of the most popularly traded coins on most platforms. It’s somehow ironic that the coins most likely to become legal tender are still tied to fiat currencies, but that’s the reality of the cryptocurrency world thus far.

Some people have forecasted that Dogecoin will become a stable coin once it reaches $1, but there’s no evidence pointing towards that at the moment. That would require a massive policy shift from the developers. Also, the coin will have to show a significant advantage over existing stable coins to push adoption.

Can You Trade Dogecoin Futures?

You can trade Dogecoin futures on exchanges that list the DOGE/USDT pair. Binance is a popular option, but it doesn’t allow futures trading in some countries.

However, trading futures on the DOGE/USDT is a bit different in the current low volatility trading environment. You need to ensure you have a trading strategy that works in tight ranges. The extreme price swings seen in the first half of 2021 led to huge gains for savvy traders. Expecting the outsized returns recorded around that period may be unrealistic right now.

Dogecoin doesn’t have a cap because the developers created it with the mindset of making it the opposite of Bitcoin. They wanted to create a coin that will truly become the legal tender of the internet without all the drawbacks of Bitcoin.

Keeping the cap open ensures an infinite supply of the coin, encouraging people to spend it instead of hoarding it. It’ll also help keep the transaction costs on the blockchain low and ensure transactions are completed faster than what’s on offer on Bitcoin and other major coins.

Easy way to Mine Dogecoin

link to Mining ERGO - A Step by Step Guide

If you are interested in mining Ergo, this post will show you how to setup up and configure a miner on a Windows 10 PC. Ergo has recently exploded in popularity with its exciting features used on the...

Continue Reading
link to What is Uniswap and How it works

Uniswap is a type of decentralized platform or DEX on the rise. Since 2018 the Uniswap platform has worked on the Blockchain Ethereum. This crypto is the second most crucial market capitalization...