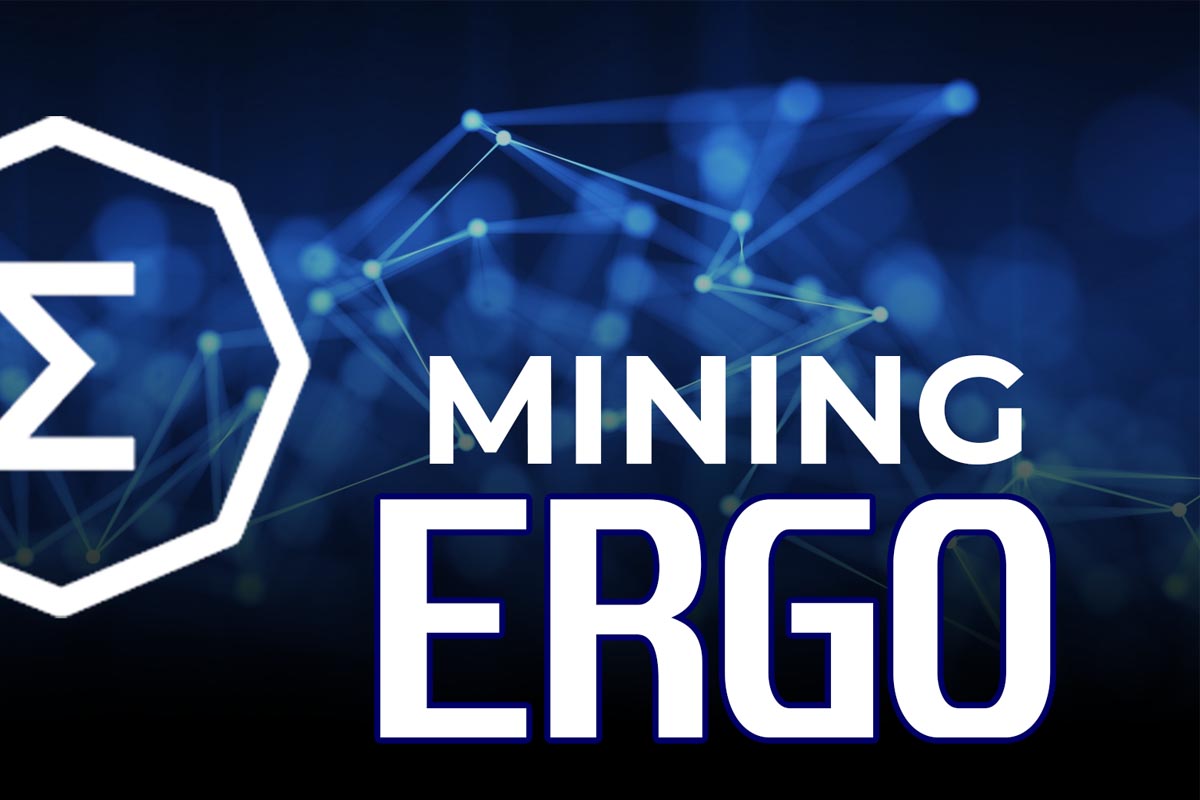 If you are interested in mining Ergo, this post will show you how to setup up and configure a miner on a Windows 10 PC. Ergo has recently exploded in popularity with its exciting features used on the ADA platform. The miner we will use in this example is NBminer for mining Ergo. It will need a few steps to configure before running. We will be using the HeroMiners pool and North American servers, but you should use the server that’s closest to you.

Ergo is the open protocol that performs advanced scientific concepts in the blockchain area. Ergo, similar to Bitcoin, uses UTXO based blockchain by Proof-of-Work consensus. What separates it from Bitcoin, but identical to Cardano, Ergo uses the “extended-UTXO model.” This model indicates UTXOs with the ability to contain arbitrary data and complex scripts. In addition, it supports advanced financial contracts, making it popular with financial institutions.

NBMiner is a GPU miner highly optimized for Nvidia and AMD graphics cards. Unfortunately, Chinese developers designed NBminer, and the description and support are available only in Chinese. Nevertheless, the software supporting Nvidia and AMD often ranks at the top, proving a high hash rate on various mining algorithms, especially for mining Ergo.

HeroMiners is a collection of Cryptocurrency mining pools. Like other pools, they feature SOLO and pool Mining, alerts, per rig statistics, exchange wallet support. In addition, HeroMiners supports many algorithms, and crypto coins are supported. The mining Ergo pool is one of the most used in the world. Check the site for more.

To begin, you will need to download the miner from the NebuTech GitHub website. It’s essential to check the releases and download the most current version, as patches and fixes are frequently updated. When making this post, 37.6 was the version used, but you may see a newer release.

Locate the zip file you downloaded, and extract the contents into a folder that’s excluded from Windows Defender. The exclusion is essential because Windows may see these files as a threat and automatically remove them. Follow the instructions in this post to have one setup.

Extract all files into your folder, especially the main file, ‘nbminer.exe.’ Then locate the batch file we will be editing, ‘start_ergo.bat.’ Right-click on the batch file and select edit. This will open the file in Notepad, but any plain text editor will do.

We will change the three main sections are the server address and port, wallet address, and worker name.

Save your settings and exit.

Now that everything is complete, you can run the miner and Mining ERGO. Double-click on the ‘start_ergo.bat,’ and a console window will open.

You will see the details you entered as it begins to run.

For miner stats and income being generated, head over to the Herominers and enter your wallet address. The data will appear on the site after 15mins, sometimes longer.

VIDEO: How To Mine ERGO

link to Video: Learn How To Start Presearch Node

In this video, I will walk you through the Presearch node setup and installation. This Presearch node tutorial will be using a Racknerd VPS, which is one of the most cost-effective and reliable ways...

These commands are taken directly from the official Streamr documentation. This set of commands is specifically used for Streamr nodes on a VPS running Ubuntu 18.04 or 20.04. You can use any VPS...