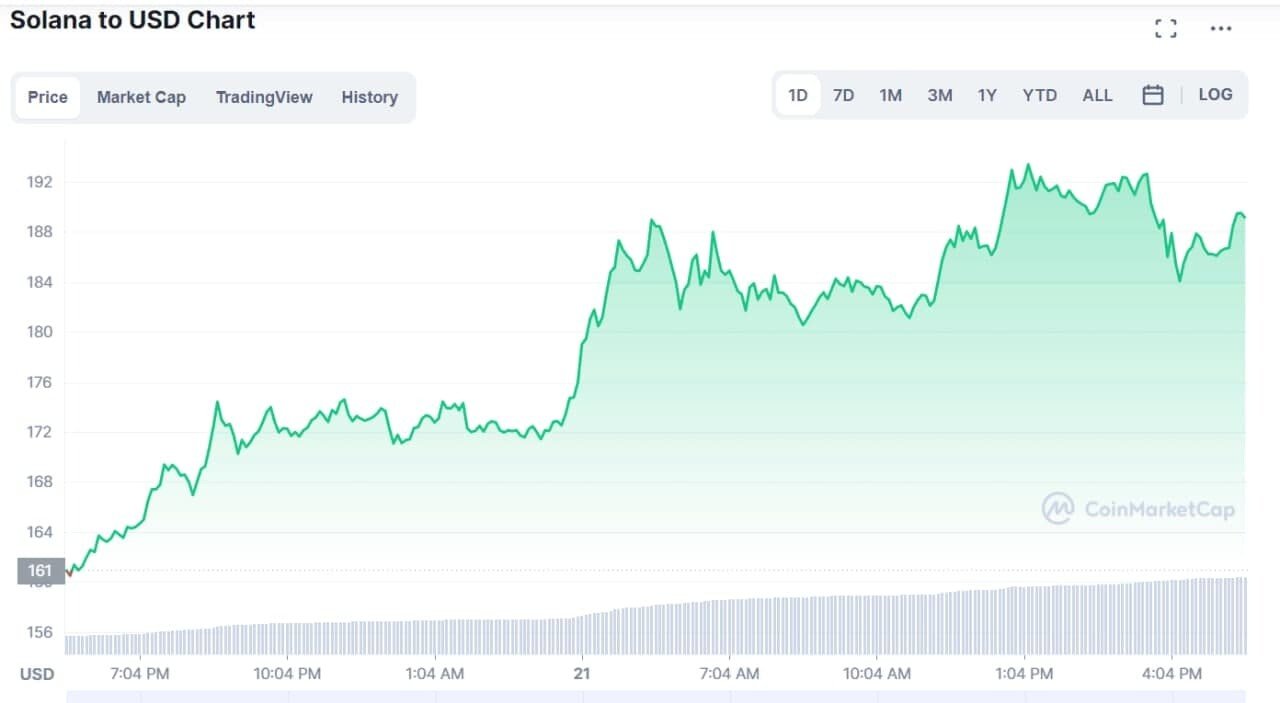 This week, not only Bitcoin adds value (BTC), but also ether (ETH). Moreover, the latter shows very good performance today against the backdrop of correction BTC.

In addition to assessing the market situation, we will consider in the digest a report by JPMorgan on the reasons for the rise of bitcoin, as well as a statement by Russian billionaire Oleg Deripaska, who suggested that the Central Bank of the Russian Federation seriously engage in the cryptocurrency industry.

On the crest of a wave

Today, the price of Ether has risen to its highest level in six months. For a short time, the altcoin rose above $4,300, then the coin retreated as part of a slight correction.

Last Wednesday, the ETH exchange rate strengthened by more than 7% – this is the largest increase in the value of the altcoin. Analysts expect a new record to be set in the very near future. From May to the end of September, the air was mainly in the green zone.

In the middle of this week, ETH was able to break through strong resistance at $4,000. Now this price range should become a Bitcoin support zone. In mid-May, the cryptocurrency reached $4,379. Only a little support is needed to reach this psychological mark, and there is no doubt that the altcoin will receive it today or tomorrow.

Bitcoin hit a new all-time high in the second half of October, now it’s the turn of Ethereum. At the same time, analysts do not exclude that before the new run, ETH may again approach $4,030. Then the coin will gather strength and resume the offensive. The key event could be the approval of the ETF ETF futures.

In the derivatives market, players are already waiting for this landmark event. Moreover, a similar product focused on bitcoin was released this week. Traders are betting on the rise in the price of ether to $15,000 or more by the end of March next year.

The launch of an ETF for bitcoin futures from ProShares contributed to the growth in the value of the cryptocurrency. However, the main reason for the October rally was investors’ inflationary fears.

The note from the bank’s strategists said that the surge in activity of traders after the appearance of the futures product will be of a short-term nature. The market simply showed interest in an innovative tool. Simply put, everyone who wanted to invest in it has already done so.

The new portion of capital is unlikely to be tangible, even if another ETF appears. But inflation is a key factor encouraging investors to look for safer assets. BTC-focused products are now even more popular than gold-focused funds, analysts said. That is why we are seeing such a long run of cryptocurrency.

Until the end of this year, the trend should continue, the authors of the report predict.

Will the Bank of Russia create conditions for the development of the crypto market?

The Bank of Russia should contribute to the development of the cryptocurrency industry, as the country needs technological development – Oleg Deripaska, a businessman from the Russian Federation, took this position in Telegram.

According to him, an innovative breakthrough is impossible as long as the Central Bank ignores the crypto market and does not create conditions for its development in Russia. The United States, on the contrary, has already realized the gigantic potential of the industry and is investing in it in every possible way.

Washington realized that digital currencies can both destroy the dominance of the dollar on the planet and neutralize the effect of any sanctions policy applied by the US authorities against their opponents, the businessman emphasized. Deripaska’s statement came against the backdrop of another spurt for both bitcoin and other cryptocurrencies.

The capitalization of the crypto market today exceeded $2.6 trillion

The rise in the cost of bitcoin and ether contributed to a sharp increase in the capitalization of the digital asset market. On the evening of Thursday, October 21, the price of these virtual coins is $64,824 and $4,199, respectively.