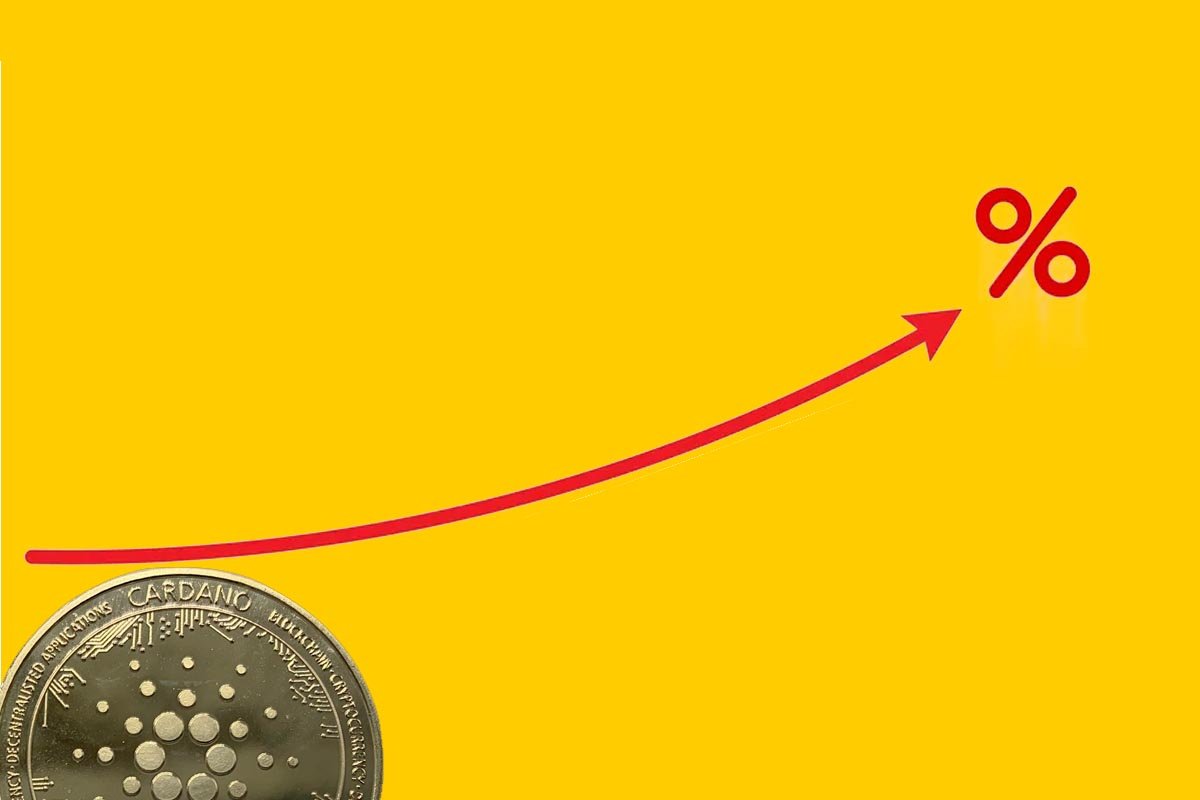 Unless you’ve made an effort to stay out of the news, you’ve likely noticed a rising buzz around the word “cryptocurrency.” From bitcoin to dogecoin, cryptocurrency has risen as a major hot topic in the United States and the world. Before you begin crypto staking, however, there are a few factors you need to consider.

Crypto staking is worth it for an investor willing to research the process and take on a certain amount of risk. It’s a complicated process that requires a somewhat advanced understanding of the crypto market, but with research and time, you should see a return on investment.

Before starting your investment, you need to understand precisely how this process works, as well as the risks associated. In this article, I’ll be addressing several things you’ll need to know before beginning your crypto staking venture, including ways that this can both help and hurt your financial holdings.

Things You Need To Consider Before You Start Crypto Staking

Crypto mining involves using computer energy to make new crypto, while “staking” cryptocurrency means purchasing crypto assets and holding them in an electronic wallet. In exchange, you receive incremental rewards based on your holdings that you can watch build over time.

Read on to learn ten factors you should consider before jumping into this market.

1. Staking Is Different From Mining

All currencies operate on a single principle: holders of that currency must understand and agree that it holds a set value. Outside of that agreement, money is nothing but highly decorative paper and coins.

Originally, the value of crypto currency was validated through a system called Proof of Work, or PoW. However, this system required a large amount of work and expense, meaning miners frequently had to sell coins in order to complete validation of those that remained.

Miners found an easier alternative in Proof of Stake, or PoS. Through Proof of Stake, miners can use the amount of cryptocurrency they currently hold to validate those coins within the system.

As computers hustle away to create a cryptocurrency, crypto miners hope to profit off the sale of these digital coins. Crypto staking is what expands on that initial effort by showing that others agree with the value of this digital coin.

2. Anyone Can Participate in Staking

Mining cryptocurrency is relatively complicated. It requires expensive machinery, high amounts of electricity, and knowledge of the system itself. Unlike crypto mining, staking requires far less time and energy, meaning that with the assistance of a validator node, anyone can participate in this market!

A validator node’s first step is to find proof of stake that you’d like to validate. A few trusted, standard options include Cardano, Etherium 2.0, and Polkadot. From here, the requirements can vary depending on your chosen operation.

In most cases, there will be a required minimum amount of crypto that stakeholders are required to hold in their “digital wallet,” which in and of itself requires a set amount of constant internet access and computer power.

Some blockchains require coins to be transferred to a validator’s wallet first, but others will permit users to hold their own assets. It’s important to understand which pathway your chosen blockchain requires.

The longer you hold your cryptocurrency, the more the initial corporation will reward you for your participation. The entire process is similar to adding money into a savings account and earning interest.

Similarly, proof of stake operations will “reward” stakeholders with a set amount of interest based on how much cryptocurrency participants purchase and trust with them.

3. Staking May Involve a Vesting Period but Not Always

“Vesting” involves a period of time in which your coins are locked, meaning that you cannot freely move this money around. As you might expect, this period can hold a few hidden disadvantages.

In cryptocurrency, this term usually means that once you begin staking a specific cryptocurrency, you must commit to that process for a set amount of time. After the point of purchase, you’re essentially locked into this deal.

While many blockchains require a vesting period, others offer flexible staking through a redemption period. Under this system, you may be able to regain the money you’ve spent if you change your mind shortly after purchase. However, in exchange, you’ll also lose any rewards that you may have gained during this period.

Before beginning this process, you must understand that, though the investment is entirely yours, you don’t have the option to sell back your investment as quickly as you might stocks, bonds, or physical assets.

While staking can be a great form of additional income, it’s far from a “get rich quick” scheme.

Validators receive almost instant rewards called epochs, which represent a single unit of time along a blockchain. However, these rewards are so small that they are virtually useless! Only after allowing these epochs to build can you really feel a significant profit margin.

Depending on the ApY the validator offers, it may be anywhere from a month to a year before you build up enough coins to feel as if you’ve really gained any profit!

Instead of watching investments steadily grow, as one would when playing the stock market, stakeholders are required to wait extended periods before seeing any gain on their initial effort.

If you’re okay with playing the long game, this is no problem. It does, however, increase the amount of time you have to wait before taking further action on your investment by withdrawing earnings to reinvest.

If you’d rather deal with a fickle market and have the freedom to watch your funds grow daily, do your research to find and stake an asset that pays smaller daily rewards.

5. Even Crypto “Money” Can Be Stolen

Just like physical money, thieves can also access and steal your cryptocurrency! In this instance, hackers invade your digital wallet, rifling through your currency and stealing your assets.

To protect your cryptocurrency, ensure that your wallet involves a two-step validation process. It’s also a bright idea to use a different password than you do for most of your other online interactions, preferably one impossible to guess.

Another vital point to keep in mind is that you should never log into your account using public wifi networks, like those available in a coffee shop or shopping center.

According to Norton Online Security, 594 million people worldwide are subject to internet cybersecurity attacks every year. Many of those are a direct result of using public wifi to access private accounts.

In particular, you should avoid unknown, unsecured hotspots. Often, these are scams to trick people by luring them with names that reference local restaurants or cafes. Once they have you hooked to their internet, it’s only a matter of time before they abuse that connection to steal your information, accounts, or cryptocurrency.

Cryptocurrency is a relatively new market, and as is always the case in a new market, scammers are waiting to take advantage of your healthy attempt to get in on the investing action.

Before investing any significant money in a startup, you should ensure that this organization is genuinely blockchain-powered. To be powered by blockchain means that these companies closely track all transactions and data. All good companies should be clear and upfront about any fees, what type of cryptocurrency they specialize in, and who exactly is behind their company.

In this instance, research is king. If you can’t find any other information online about this company’s “founders,” you might have encountered a scam.

Double-check the spelling of the website, and make sure that it appears valid. In every case in which money is involved, you shouldn’t invest in any website that doesn’t have the tiny lock emblem by the URL, signifying that the transaction is secure.

If using a mobile app, you should be especially aware that it is really what it appears to be. Almost anyone with a bit of tech-savvy can create an app to publish on the GooglePlay store, and fakes exist everywhere.

While these scams are prevalent on Androids, even Apple products have accidentally published fake apps. Be sure that the graphics on your app match those used on the main website, and if you see any poor grammar or typos, proceed with caution.

Valid offers for great cryptocurrency deals aren’t shared via social media; if you receive any strange links in your Facebook or Twitter inbox, don’t click them! Similarly, scammers are often known to send fake, sometimes threatening emails requesting payment in the form of cryptocurrency.

Be aware that, while these emails are scary, they pose no real threat unless you follow up by sending them what they request.

Despite these scams, most of the time, crypto staking is considered a safe, easy way to protect your income and gain a bit of cash on the side.

It’s natural to be wary of any new or unfamiliar process, but crypto staking is an area in which even beginners should feel safe dabbling. Once the company you work with agrees to a set amount of interest, they are not likely to keep your money and run away into the night without following through on their end of the bargain.

Just because this currency is digital doesn’t make it any less valuable, and with a bit of common sense and research, you shouldn’t be too very worried about falling into the hands of scammers.

8. There Are Risks to Crypto Staking

As is the case with nearly every investment, there are risks to staking cryptocurrency.

While the organization you work with is unlikely to renege on their initial agreement, that doesn’t mean that crypto staking is necessarily an all reward, no risk endeavor. As I mentioned earlier in this article, cryptocurrency has value only as long as everyone agrees that it does.

Imagine this: you’ve made the leap and invested in staking a new form of cryptocurrency. After a few weeks, the market drops twenty-five percent on the value of your chosen cryptocurrency. Though the company you’re working with is still paying you seven percent interest on your holdings, that still puts you at a significant net loss in value.

Not only that but you aren’t locked into this cryptocurrency and unable to sell it off and abandon ship with the same speed that you might consider another investment.

When researching which cryptocurrency you most want to begin staking, you’ll notice that some coins offer far higher rewards than others. Be aware that these often signal that the value of the currency itself is far less stable. True, this coin offers a much higher chance of capital gains, but that comes to the risk of a more significant loss.

If you’re hoping for a steady, easy source of income, it’s best to invest in holding more established cryptocurrency, even at a far lower chance of reward.

9. Not Every Cryptocurrency Has Staking

Last but certainly not least, it’s valuable to know that not every cryptocurrency even offers the option of staking. Before bragging about your latest business venture, you’ll want to make sure that the coin you’ve been reading about online is actually available for you to stake.

Standard options that are available to staking include:

This market is steadily growing. If you’re interested in getting in early, keep an eye out for new cryptocurrencies available to stake!

We stand at the start of an exciting online market. As cryptocurrency becomes more popular and understood worldwide, so does it become a more stable form of investment. Though staking cryptocurrency certainly comes with its own risks, the possible rewards make this venture valuable for anyone comfortable handling a small amount of risk.

Before getting involved in cryptocurrency, be sure that you’ve invested your money in a valid organization and with eyes wide open to the possibility of failure.