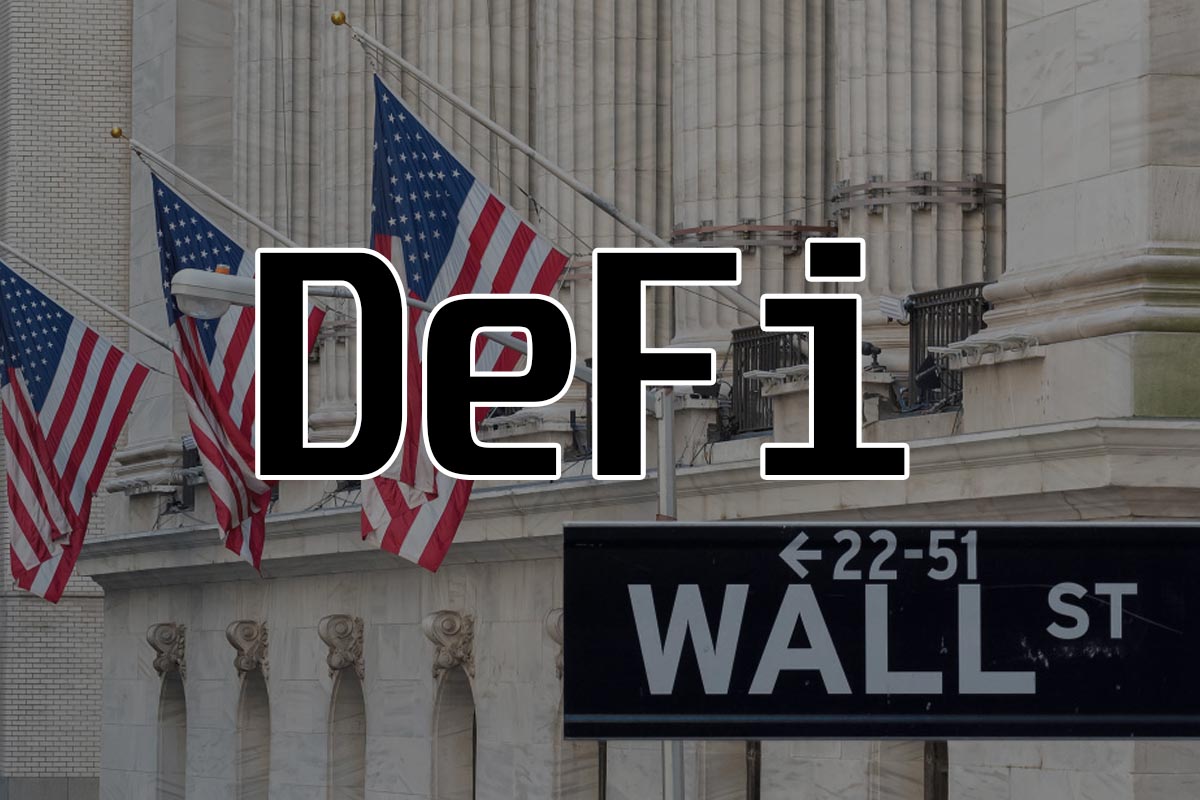 What would it be like to live in a world without banks? Decentralized finance could be the answer.

Decentralized finance is a growing ecosystem of financial applications and protocols based on programmable blockchain technology like Ethereum and Solana. The transactions are carried out automatically through smart contracts on the blockchain, including the deal’s agreement.

“Anyone can develop businesses on top of these protocols and use them in the same manner that we can now build an internet business on top of the HTTP IP protocol,” said Stani Kulechov, the creator of the Aave Defi protocol.

CoinGecko believes decentralized finance has only 5% of the crypto market, but it has seen enormous growth recently. As of June 2021, the crypto market has $93 billion in Defi assets, up from $4 billion just three years before. To be sure, DeFi’s development has slowed since the summer of 2020, and congressional scrutiny has increased due to concerns about crypto’s shady past.

Ardent supporters have made many promises of cryptocurrencies and the blockchains that they run on.

These technologies provide a means of escaping corporate control of the internet, government intrusions into personal liberty, poverty, and practically everything else that ails society.

However, the reality has consisted mainly of financial speculation with prominent cryptocurrencies such as bitcoin and dogecoin, which soar and plummet with frightening regularity.

So, what are the benefits of cryptocurrency and blockchain?

Decentralized finance, often known as DeFi, is the first solid response to that topic, in my opinion, as an expert on emerging technology. Financial services that run entirely on blockchain networks rather than through intermediaries such as banks are called DeFi.

However, DeFi carries several hazards that developers and regulators must overcome before it can become widely adopted.

If you want to borrow $10,000 in the past, you’d need some assets or money in the bank as collateral.

A bank staff looks into your accounts, and the lender decides on an interest rate for your loan repayment. Then, the bank lends you money from its deposit pool, collects your interest payments, and has the power to confiscate your collateral if you don’t return.

Everything is dependent on the bank, which controls your money and sits during the process.

The position is the same for stock trading, asset management, insurance, and almost every other type of financial service available today. Even when a financial technology tool like Chime, Affirm, or Robinhood streamlines the transaction, banks continue to play the role of the middleman. These mediators raise the cost of loans and limit the flexibility of borrowers.

DeFi flips this model on its head by reimagining financial services as decentralized software applications that run without ever touching user money.

Do you require a loan? You can get one right away by putting up some cryptocurrency as collateral. This process generates a “smart contract” that locates funds among those contributing to a pool of monies on the blockchain. There is no need for a bank loan officer.

Everything is powered by stablecoins, which are currency-like tokens tethered to the US dollar to avoid the volatility of bitcoin and other cryptocurrencies. And, rather than a bank or other intermediaries getting a share, transactions settle instantly on a blockchain – essentially a digital ledger of transactions that is spread over a network of computers.

DeFi is a Crypto Wall Street

DeFi is both fascinating and terrifying. Smart contracts, which can automatically move crypto around depending on rules embedded in computer code, have enabled crypto fans to mimic nearly all of Wall Street’s operations for crypto, without the need for Wall Street.

Market making, often known as yield farming, is one of the most core concepts. Prime brokerage, the bank units that serve hedge funds, has emerged as DeFi’s collateralized lending, allowing speculators to borrow and sell a token they want to bet against, allowing them to pile on leverage or short a token they want to bet against. In addition, interest-rate swaps and basis swaps are becoming more popular as consumers utilize debt to arbitrage between multiple exchanges, DeFi providers, and cryptocurrencies.

Structured credit has also emerged. For example, the high-paying CHESS token was launched this summer as the backbone of Tranchess, a platform that allows for leveraged bitcoin wagers by dividing a fund into high and low-risk tranches. The concept is similar to CDOs, or collateralized debt obligations, except that bitcoin, is used instead of subprime mortgages, which were at the heart of the 2007 CDO meltdown.

Buying shares in an investment bank is the only way for a regular investor to participate in Wall Street’s prime brokerage, market making, structured credit, or lending activities. DeFi offers you the chance to do it yourself without paying for investment bankers, executives, or regulators.

The downside of having easy access to Wall Street’s strategies for generating trading profits is that you also have quick access to Wall Street’s trading losses, sometimes without notice and, at least for the time being, without regulation. Moreover, DeFi carries two primary dangers that most Wall Street has been built to avoid: fraud and system malfunctions. Fraud is so widespread in crypto that it has its term: “rug pulls,” which refers to when the issuers of high-paying tokens disappear with the money.

The smart contracts that regulate DeFi are regularly found to have loopholes that allow scammers to get off with the assets or design defects that send the purchase into a downward spiral.

Of course, these two hazards aren’t the only ones that matter. The consumer is responsible for handling the other significant risks associated with DeFi, including credit, liquidity, and currency concerns. Unfortunately, these dangers are downplayed or not acknowledged by DeFi platforms, leaving investors to rely on Reddit for guidance. Sometimes the advice is excellent, and other times it is not. Boosterism is ingrained in the DeFi jargon. Even though it is money that is gone, once you withdraw your funds, the calculated risk of losing money on market making is often characterized as “impermanent loss.”

People learning to make their own mistakes appeals to the libertarian in me. I wouldn’t say I like the development of scams, and I’m not too fond of the promotion of DeFi as a substitute for a bank account. It isn’t because bank accounts have federal insurance, but DeFi has significant hidden hazards. But I like the concept of average savers being forced to comprehend complex financial issues rather than being sheltered from them by the government.