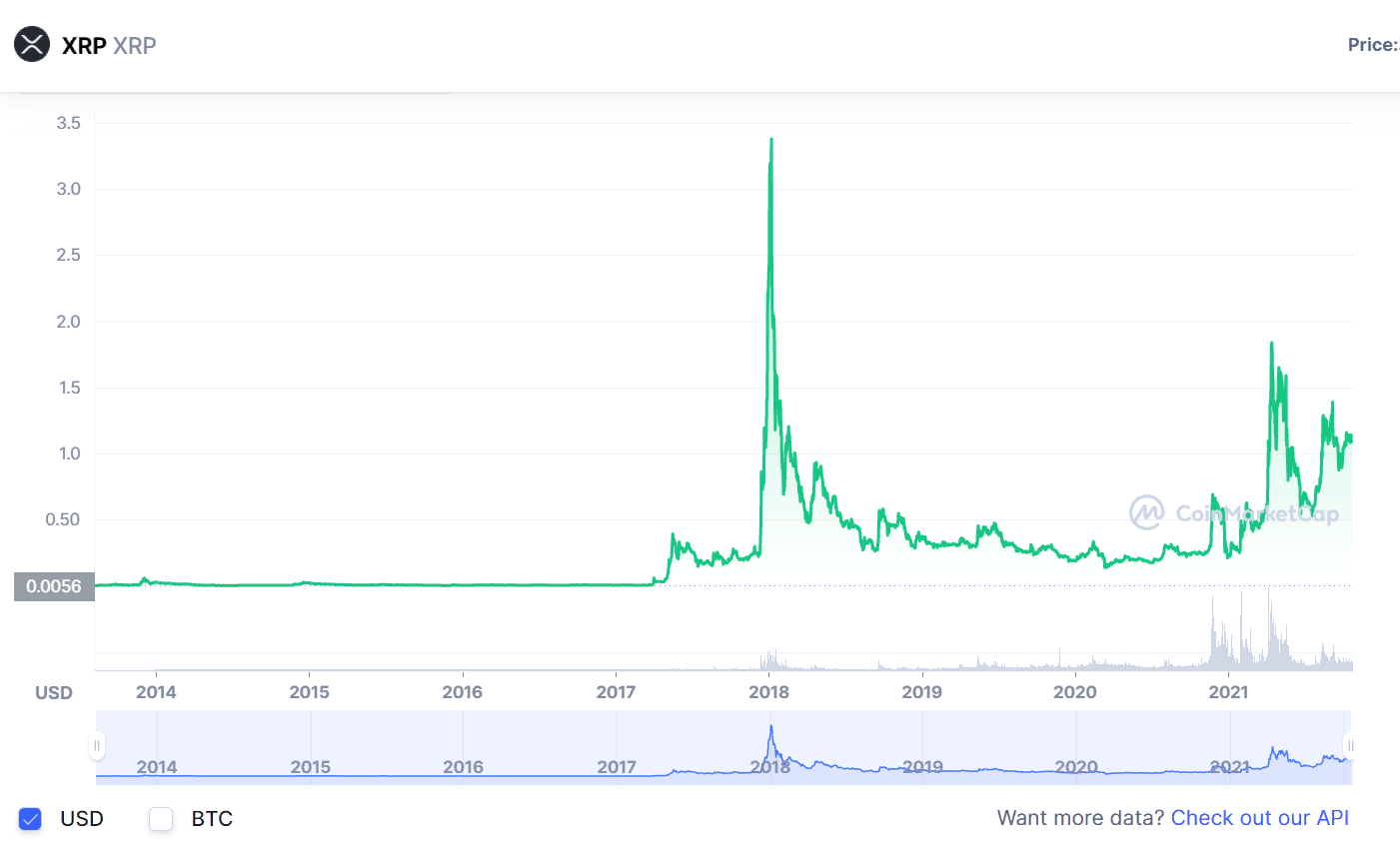 Bitcoin ends the week with a slight correction, the coin has lost some of its previously won positions today. However, the pullback is minor and, according to many traders, it will not have any negative impact on the fundamentals of the cryptocurrency.

The rest of the coins are also correcting, but overall volatility remains weak as players gear up for the weekend. It is unlikely that before the end of the current session we should expect big movements in the market.

Among other events of the outgoing week, the criticism of Ripple CEO Brad Garlingus against the US Securities and Exchange Commission (SEC) attracts attention. In addition, we will again touch on the topic of institutional entry into the cryptosphere and the installation of the first cryptocurrency terminals in Walmart stores.

The Bitcoin Volatility Index has dropped to its lowest level since the end of September. Now this figure is 3.6% (according to ByBt). The overall situation on the market is calm, and the losses are insignificant. The BTC exchange rate on Friday evening, October 22, fell to $63,590. Ether (ETH) and Binance Coin (BNB) fell by 2% to $4,135 and $492, respectively. Cardano (ADA) and XRP dropped to $2.19 and $1.11.

Only the Solana (SOL) token is trading in positive territory today. This coin has risen in price by 12% over the past 24 hours to $208. Note that in September this cryptocurrency was very close to $215. A correction was inevitable, says Makara CEO Jesse Proudman. The market was growing too fast, and there was a real threat of its overheating. Therefore, resetting the accumulated cryptocurrency helped relieve tension.

At the same time, the analyst is still counting on a bullish scenario. According to him, the fourth quarter of 2021 should end very successfully for bitcoin. Here he draws an analogy with 2017, the period of the first famous BTC run.

The first terminals for operations with crypto-currencies were installed in American Walmart stores. According to Bloomberg, 200 bitcoin ATMs have been launched in test mode so far. In the future, the retailer can install up to eight thousand such devices.

Crypto ATMs are operated by the CoinMe exchange and Coinstar. With the help of such terminals and through the mediation of the trading platform, it will be possible to exchange bitcoins, however, this option is not yet available to users. There are currently about 25,000 bitcoin ATMs serving digital currency holders in the US (according to CoinATMRadar). Terminals are installed in shops and other public institutions in 33 states of the country. Bitcoin ATMs installed in Walmart stores will charge high transaction processing fees (up to 11%) at the first stage. Then the fees should go down.

Institutional take on bitcoin and ether

The funds were invested in cryptocurrencies through a specialized group NYDIG. With $4.1 billion in assets under management by this Texas pension fund, it can be assumed that this giant has invested up to 0.6% of its investment portfolio in virtual coins. The top manager of the fund, Ajit Singh, said that cryptocurrencies are likely to continue to rise in price. This is a very promising tool that will allow you to have a good and stable income.

Ripple’s problems began at the end of last year. The Securities and Exchange Commission sued her. The plaintiff accused the defendant of illegally selling XRP tokens to US investors. This altcoin was recognized by the regulator as a security, which was never registered in accordance with the legislation of the country.

During his speech at the DC Fintech Week conference, Ripple CEO Brad Garlinghouse criticized the SEC for double standards. According to the head of the company, the American regulator for some reason did not recognize the ether as a security, but set its sights on XRP. In fact, the SEC has created the conditions under which Ethereum has become a more attractive instrument among investors. As a result, this altcoin took the second place in the ranking of the largest digital currencies, while in 2017 XRP itself was behind Bitcoin. The regulator infringes on the interests and holders of the token, as it prohibits them from participating in the lawsuit on the side of the cryptocompany.

Now XRP is on the seventh line in the ranking of the largest digital currencies with a capitalization of $51.887 billion.